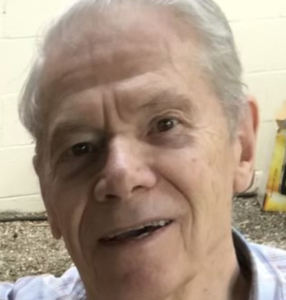 Henry "Hank" Strickrodt, 94, longtime resident of South Salem, NY, died peacefully on Friday, January 13, 2023. Henry was born November 6, 1928, to Henry & Anni (Kampmeier) Strickrodt, in the Bronx, New York, where he lived for all of his childhood. Henry was married to his late wife Joan (Wolf) in 1951. Henry and Joan moved to South Salem, NY in 1960 after building their lifetime home on Lake Oscaleta.

Henry worked for General Electric in NYC and Bridgeport, CT as a Distributions Manager and later at Black and Decker, before retiring in the early 1980’s.

Henry was a member of the United States Marine Corps Reserves based at Fort Schuyler in NY.  He was a longtime volunteer of the Twin Lakes Water Works and Two Lakes Club.

After retirement, Henry enjoyed traveling the world with Joan visiting most of Europe, including Morocco and Egypt, as well as several cruises to the Caribbean, the Panama Canal, and the Intracoastal Waterway of Florida with friends. Summers were spent at their dock on the lake in Twin Lakes Village, spending time swimming, fishing, and boating with their family and friends.

Friends and family will be received on Saturday, January 21, 2023 from 10:00 AM to 12:00 PM (Noon) at Kane Funeral Home; 25 Catoonah Street, Ridgefield. Interment will take place privately.

Contributions in Mr. Strickrodt's memory may be made to the Lewisboro Volunteer Ambulance Corps - PO Box 694; Cross River, NY 10518, http://lewisborovac.org/