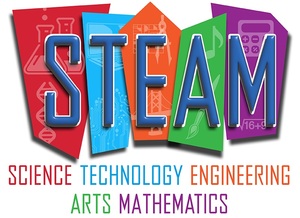 MKR LAB Inc. announced several workshops for May and June to introduce students in grades K-12 to electricity and circuits, soldering and more STEAM (science, technology, engineering, arts and math) fields. The new business hopes to build a maker space once it completes the zoning process and can occupy its own space in Lewisboro. In the meantime, MKR LAB is offering classes at the new DayDreamer Studio in the Yellow Monkey Village in Cross River.

“We were inspired to create what we couldn’t find ourselves for our own three kids,” said Sarah Landis, Co-Founder and Chief Maker. “We have seen first-hand how empowering it is for students to create their own projects, and the more input they have in the design process the more engaged the students become.”

“We want to teach kids coding and electronics from the ground up without relying on a kit or pandering to them,” said Clark Landis, Co-Founder and Chief Technology Officer.

The maker movement has been spreading worldwide since the launch of Make: magazine in 2005 and the first MakerFaire in 2008. Maker spaces are places where people come together to learn, tinker and create with both physical materials and digital tools and they encompass many STEAM elements.

MKR LAB also will delve into concepts in physics, engineering, architecture, graphic design, web design and more. While robotics and coding classes involve some screen-time, many classes will have no screens and be very hands-on. When students do use computers, they will have a group experience and use smaller monitors so they can see and engage with each other.

Coming up this month MKR LAB will offer workshops to introduce circuitry and the concept that students can work with real components, alter basic designs to customize them and add new features. Their first event will be to make an LED pompom crown, followed by a circuits & dough workshop, where they’ll learn about polarity, the flow of electricity, make LEDs light up, create switches, buttons and more.

June workshops include an introduction to soldering, a laser beam tripwire project and also designing and sewing a light-up soft creature. MKR LAB’s classes will emphasize finding solutions to problems, imagining what would be fun or interesting to build and then figuring out how to do that.

Sarah and Clark Landis formed MKR LAB to inspire students to use science and tech creatively. Clark has a MS in Computer Science from Columbia and a MS in Physics from Yale. He is a master of all coding & programming. Sarah is a former webmaster and a lifelong maker, knitter & crafter who likes to use materials in non-traditional ways. She is delving back into web design, graphic design and is an avid amateur photographer. She also is a certified yoga teacher. They have 3 children together.