Details
Published on Tuesday, 10 March 2020 16:22
Written by United Way of Westchester and Putnam 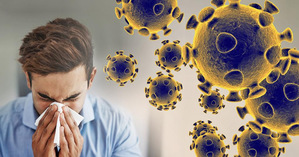 There are now 108 confirmed coronavirus cases in Westchester County. There are 173 cases throughout New York State.

At the governor’s direction, New Rochelle High School, Albert Leonard Middle School, and William B. Ward Elementary School will close for two weeks, March 11 through March 25.
CLICK HERE FOR A LIST OF CLOSURES
New York Gov. Andrew Cuomo unveiled a plan to deal with the coronavirus outbreak in New Rochelle, including deploying the National Guard to a containment area and setting up a satellite testing facility for the community.

The National Guard will help deliver food to homes and clean public spaces in the containment area, Cuomo said.

“What we are going to do is focus on an area — concentric circle — around the situs of the majority of the cases in New Rochelle,” he said.

New York Governor Andrew Cuomo described the “dramatic action,” detailing a two-week period where facilities in the New Rochelle containment would be closed.

Health Commissioner Dr. Howard Zucker described it as an approximate radius of a mile of the containment area.

This will go on through March 25th.